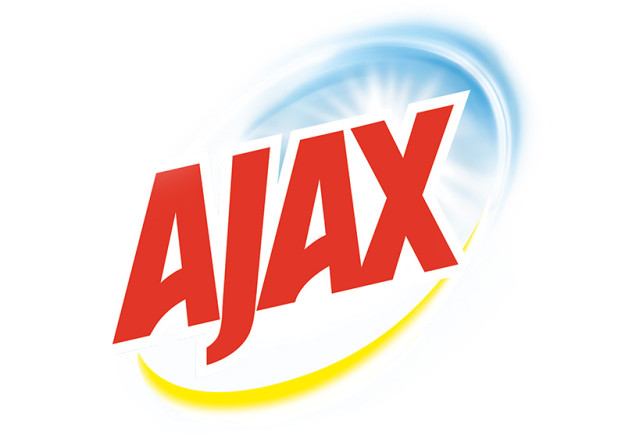 Aiming to differentiate the brand image in a product category which lacks contemporary aesthetics, Sales Promotion Center proposed and implemented the entire promotion in two parts, inside the stores, while it increased product awareness and communication impact through experiential marketing techniques.

First, a hard selling programme was organised and implemented. Consumers were trained through a simple and smart interactive game and received leaflets with coupons attached and a goodwill gift, fully related to the product.

The second part of the activity was based on an innovative and pioneer buzz marketing mechanism, including a different kind of face-to-face communication. A six-member AJAX cleaning team, in an AJAX branded van, visited all stores to perform a hit & run activity. They gave out positive energy, balloons and lottery tickets. They informed consumers and invited them to participate in a lottery, which would take place within the next 15 minutes, to win AJAX products. The team literally ‘sweeped’ the entire store, winners were announced over the loudspeaker, and they received their winning prize on the spot.

Sales Promotion Center was the one to propose, plan, organize and implement this entire promotion, down to the last detail –renting a van, branding, communication mechanisms, recruitment, etc.

Twenty-three AB Vassilopoulos stores throughout Greece participated in this programme, which run for 171 promodays and thrilled both consumers and the store employees, who officially expressed their congratulations. There were also remarkable results in sales, while significant cross-selling of other AJAX products was achieved too. 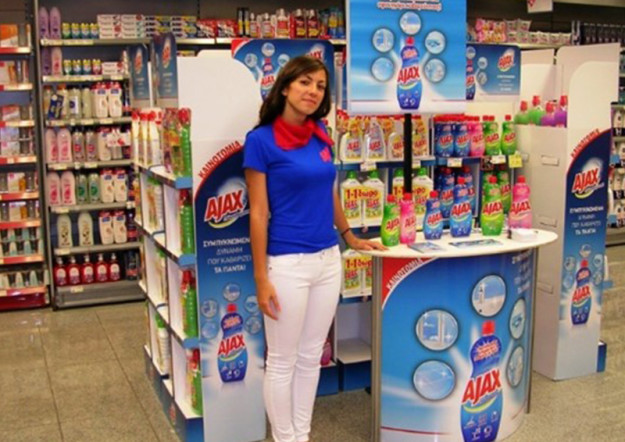 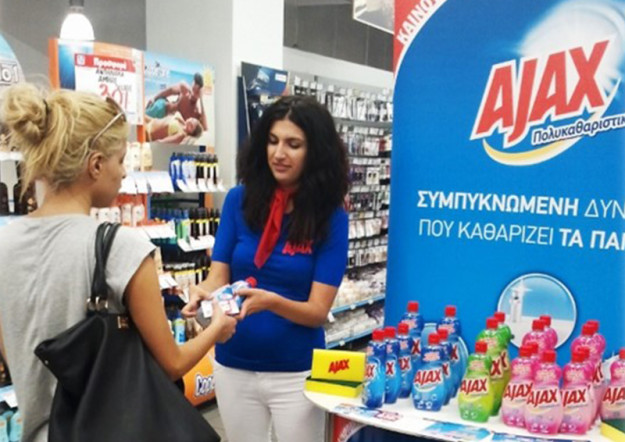 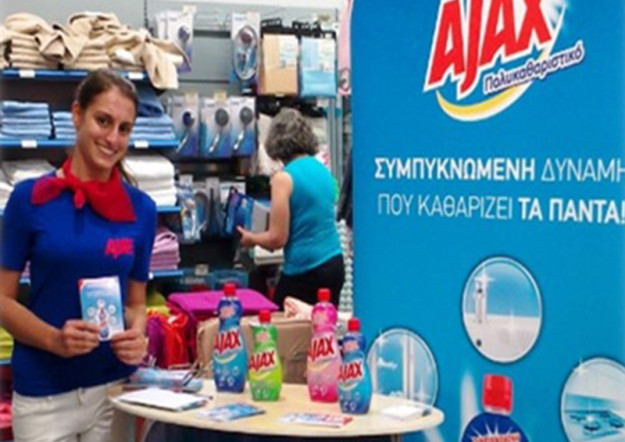 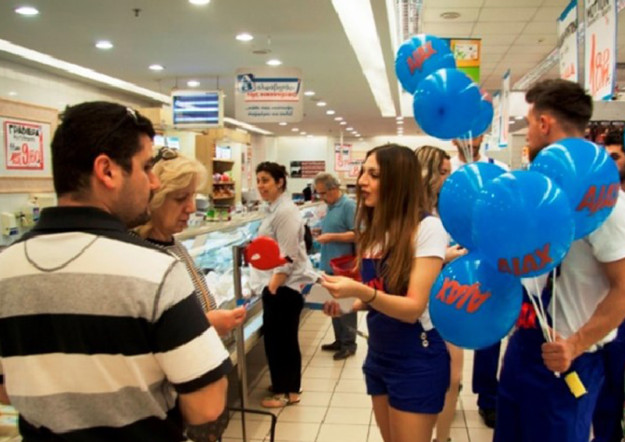 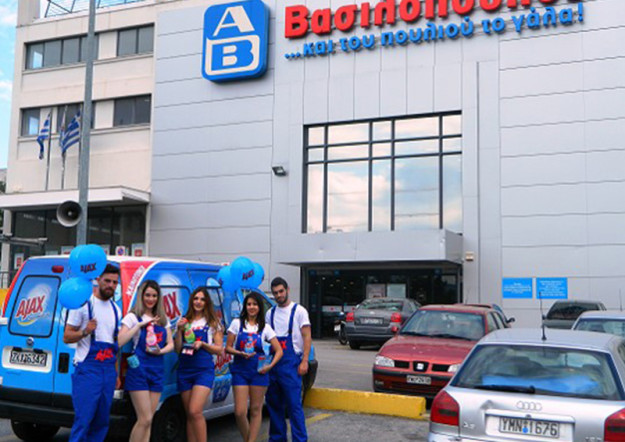 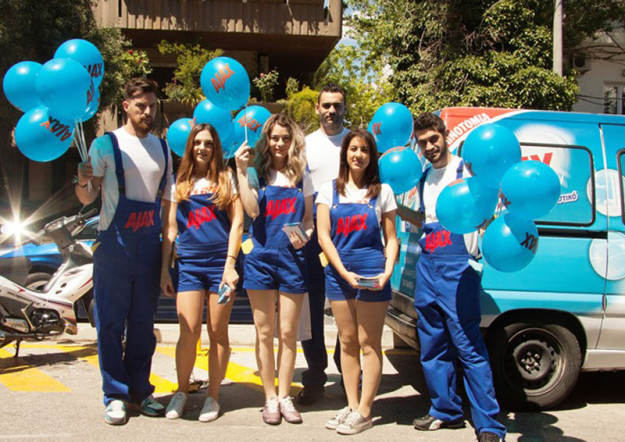 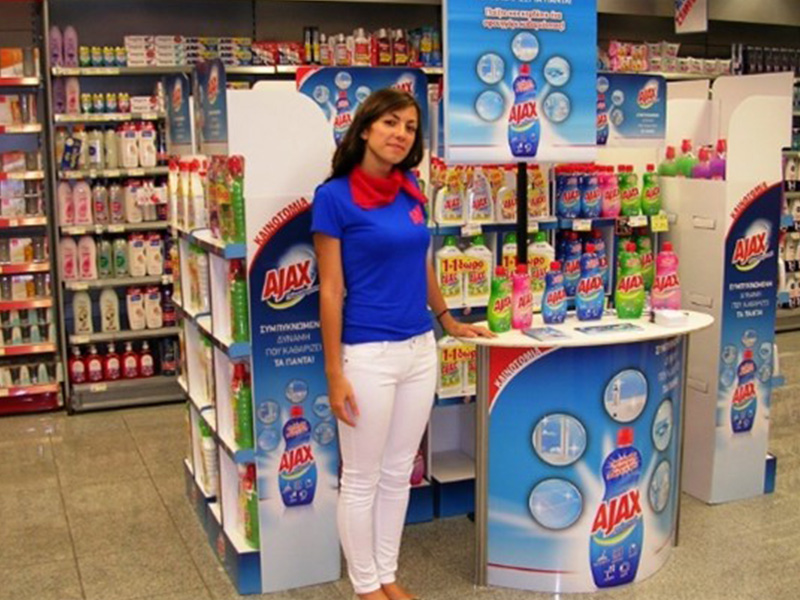 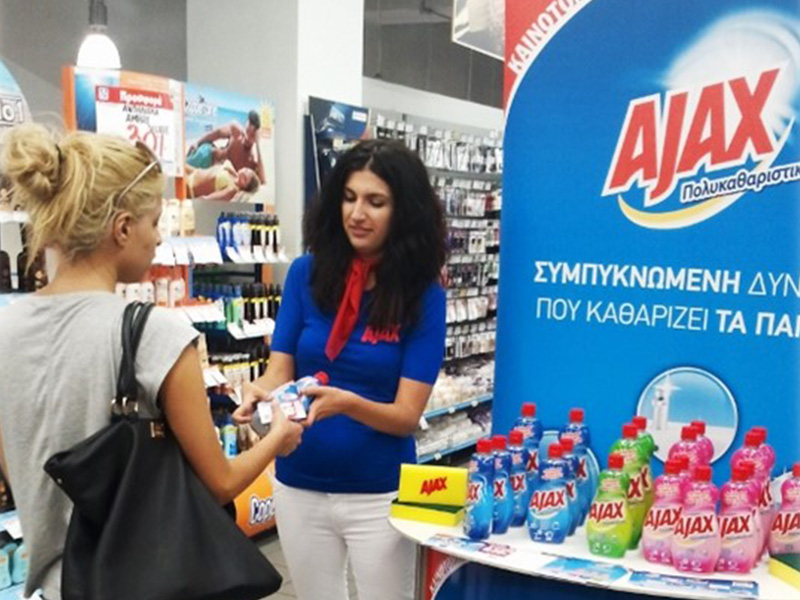 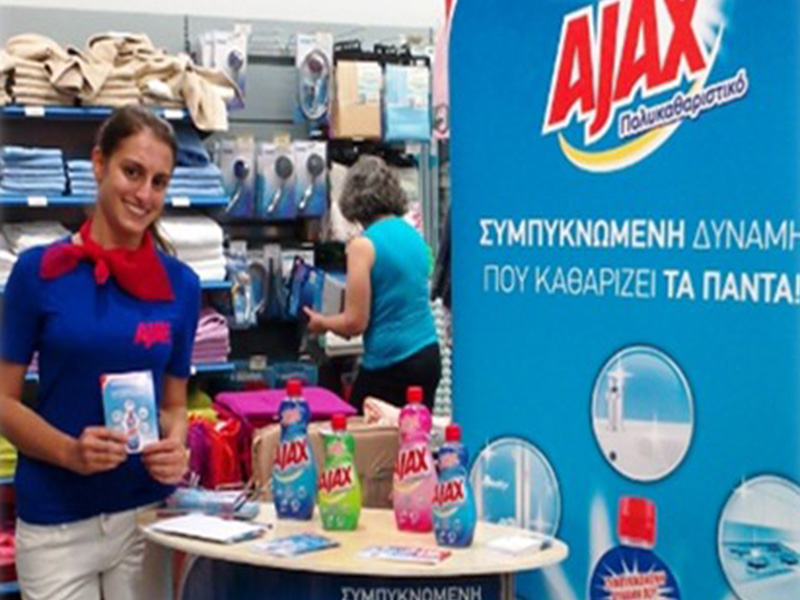 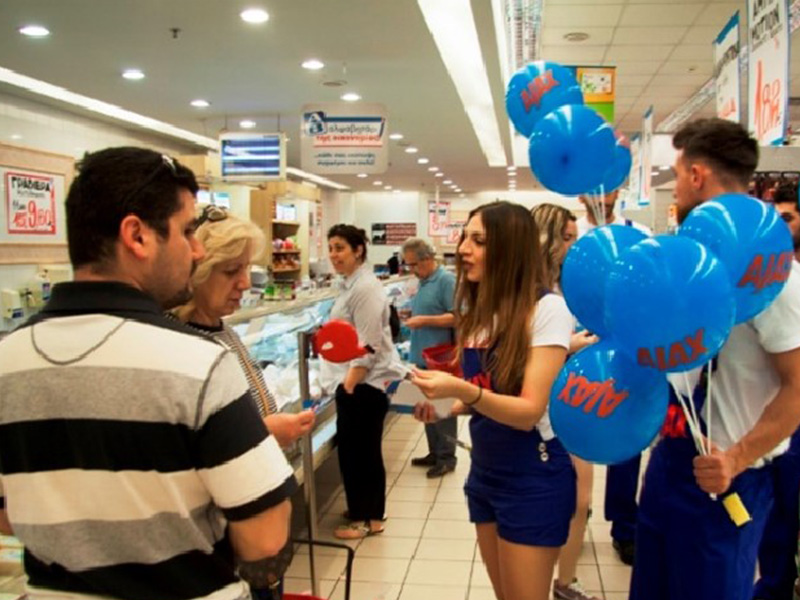 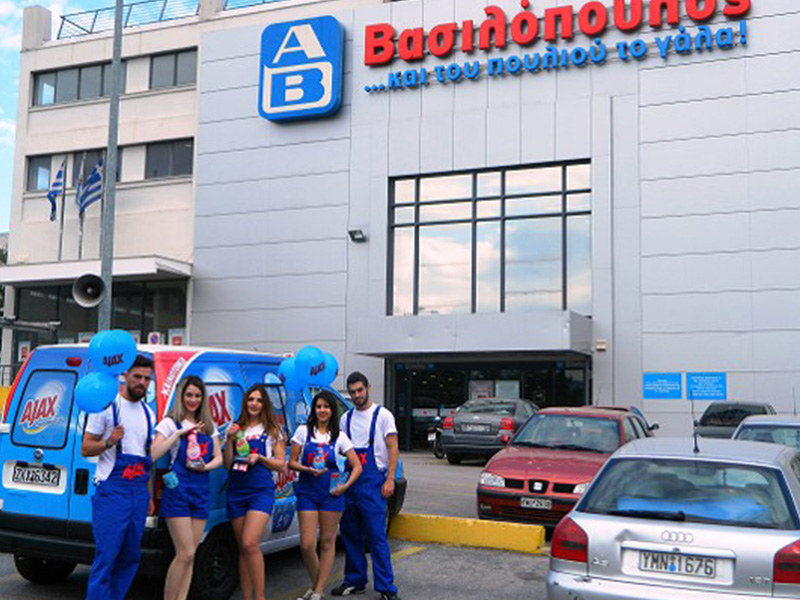 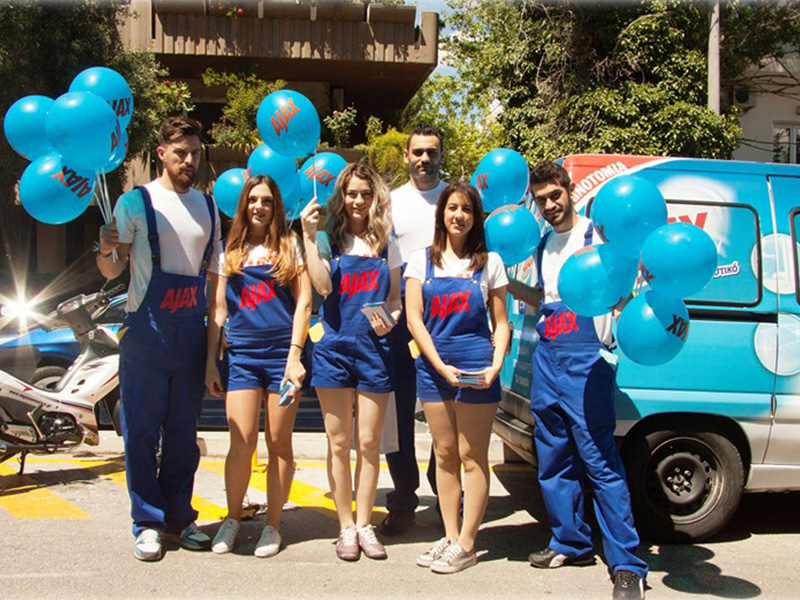